On the first two days, you will gain a better understanding of your inner world and discover your true essence. You will also learn techniques that enable you to start using your awareness practically (i.e. “become aware”). Using those techniques always brings you back to the present moment (the “here and now”), and makes you better connected to your true self. Remaining in the state of awareness brings you focus, clarity, creativity, and inner peace.

On the second two days, you will learn various techniques that can be used in the state of awareness to consciously release (“get rid of”) any emotions that disturb your peace of mind. You can use those techniques to liberate yourself from any negative emotions that make you suffer, create problems or are just exhausting. This will help you to focus your energy much more effectively.

The follow-up session will provide an opportunity to adjust your techniques, ask clarifying questions, get useful feedback and further guidance, to ensure that you are able to apply everything you have learned in your daily life. For example, the instructor may provide additional knowledge or skill if it could help the participants in their growth.

Why is awareness so beneficial/crucial?

By integrating the acquired skills into one’s practical life this way, they become the basis for adopting a more aware view of one’s daily life. This view contains less noise and mess and by adopting it, one gradually takes life under actual control, which effectively is the natural way things should be. The driving forces and guides of our daily lives – emotions and thought patterns – will become our tools, and we will become the ones who decide for ourselves the time and place for using them. Inspiration and intuition, which only reveal themselves occasionally, will also become readily available and usable to us. From the background of everyday noise, a singular state of being – awareness – will start to emerge. Acting in this state raises the quality of life remarkably compared to what one has experienced before. In practical life, our true being, of which we only had theoretical ideas or rare glimpses of – if lucky, will start to reveal itself.

What the participants are saying?

Participants testify the course to be highly practical and transformational with long-lasting effects and over 96% satisfaction. I have attended many courses over the last 30+ years and yet none of them have been able to change my life and the paradigm of understanding the world as quickly and simply as it has been through the teachings of Ingvar. This is the most life-changing course ever. 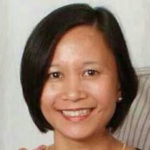 Susan DuongHead of Nursing
USA
As a businessman, I was very stressed and had a number of diseases. This course helped me to realize that I was stressed out - before that, I had no idea that this was the case. The simplicity of these techniques inspired me to use them, I engaged myself with the topic, and my health improved significantly. Everything changed so quickly and well that I continue to be motivated internally to use that knowledge and those techniques. 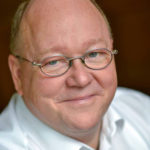 Dirk BockCounselor and Business Consultant
Austria
I had deep depression and several other chronic diseases like low immunity and chronic inflammation. I was constantly tired. In the course, I learned to identify the causes - emotions and thought patterns that led my life and got the tools to release them. I became aware of how things are and how to change my life. 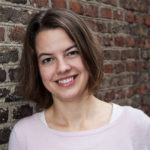 Friederike HertelPianist and Piano teacher
Denmark
The course gave me the answer to why things in my life are the way they are. I acquired the ability to take responsibility for my life. The courses brought me from the world of shadows to the world of colors. I learned to stay focused at this moment without being disturbed by my emotions and thoughts. It brings me clarity and peace, as if I had finally come home. 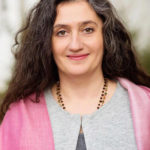 Biljana GjuroskaMedical Doctor and Certified Homeopath
Macedonia
The biggest change has been in communicating with people. I work in a large service organization, and I was not always happy with how I responded to the queries. Now that I deal with people, I can help them better, and at the same time, I don't feel the same way as before - frustrated, misunderstood, unappreciated. I didn't like the job I was doing. Now I understand that this is not about what I do, but about how I do it. Understanding that awareness is a characteristic of every human being and becoming aware of your awareness changed my life. It was the first step on the way to understanding my inner world. My life became more practical and at least twice as efficient as I no longer dwell on the emotions associated with the concepts of hurt, anger, and being misunderstood. I just become aware of these emotions, release them, and go on with my life. Thus, new opportunities for communication, cooperation, and efficiency have opened up to me. 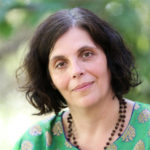 Daniela Gjuroska-GogartyHead of Resources Management Unit
Germany
People come to me for consultations and therapy with various problems such as digestive problems, skin problems, allergies, back pains, headaches, stress, and other tensions. When dealing with a person as a whole, I always draw attention to the influence of the emotional and mental side of the human on a given health problem. That's why I recommend the course of the Art of Conscious Change for people so that they can independently improve their quality of life and heal themselves. I have passed ACC course and I am experiencing its good results - I use this knowledge daily. 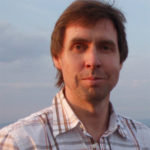 Aivar KisantFounder and Therapist of Aurea Ayurvedic & Massage Center
Estonia
I sincerely thank you for the technique of releasing emotions. I practice it everyday. The releasing of emptions has a tremendous impact. I have been released from the bonds that caused my afflictions, bonds the existence of which I did not even know about. The release has opened my eyes, brought about some understandings and insights into the causes and consequences. I'm calmer and more tolerant. With every release, my natural strength and better awareness of myself are restored drop by drop. So I see that the world is changing, but I am permanent. I love life! Thank you, dear Teacher!
Inga MurulaAttorney at Law
Estonia 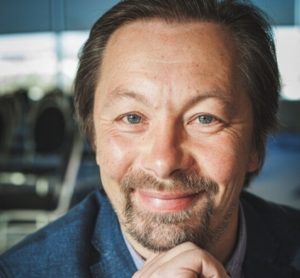 Ingvar Villido, a teacher, researcher, and bestselling author who combines wisdom traditions with scientific knowledge and empirical research to be accessible, logical, and practical for everyday people. Ingvar is best known for his The Art of Conscious Change courses and for founding internationally recognized awareness school; Human 2.0 – a global consciousness based educational platform, and Lilleoru; an eco-village and Kriya Yoga center.

Ingvar holds the rare distinct honor of being an Acharya of Babaji Kriya Yoga along with other prestigious spiritual recognitions in Hinduism, Buddhism, Dzogchen, among others. The roots of Ingvar’s approach are based in deep yogic science, particularity from the ancient Siddha traditions, which have been practiced in secret since ancient India for over thousands of years.

After the result of intense personal practice between 1981-2000 Ingvar underwent a series of “inner transformations”. Since then he has remained in the “lasting state of deep peace and bliss”. He serves the mission to upgrade people to “awareness as a new paradigm” by providing knowledge and methods to liberate humans from internal automatic reactions of emotions and thoughts to living free with the primacy of consciousness.

Ingvar’s teaching career spans over 25 years, 3,000 lectures and 15,000 students from around the world. Leading business, medical, mindfulness, and educational leaders testify to the success of Ingvar’s courses. In 2017, Human 2.0 was chosen as Estonia’s most successful educational company. Ingvar authored the domestic bestseller “Emotions. Humanity’s Biggest Addiction” and is recognized for his seminal pioneering research in “Awareness as the New Paradigm for Personal Sustainability”.

The course will take place in English language.